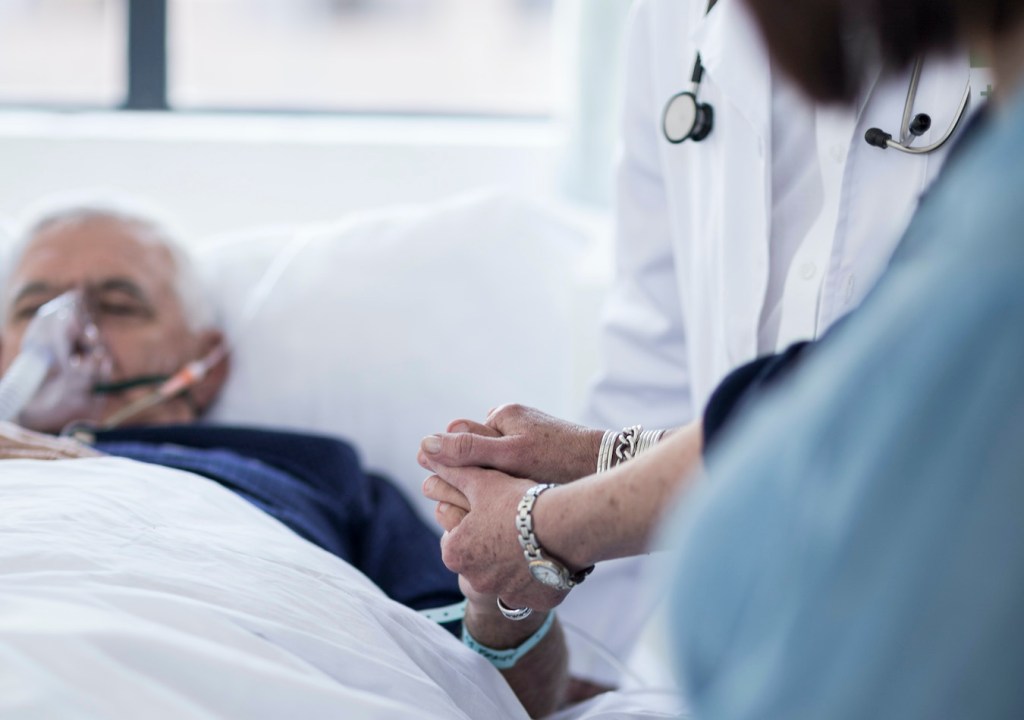 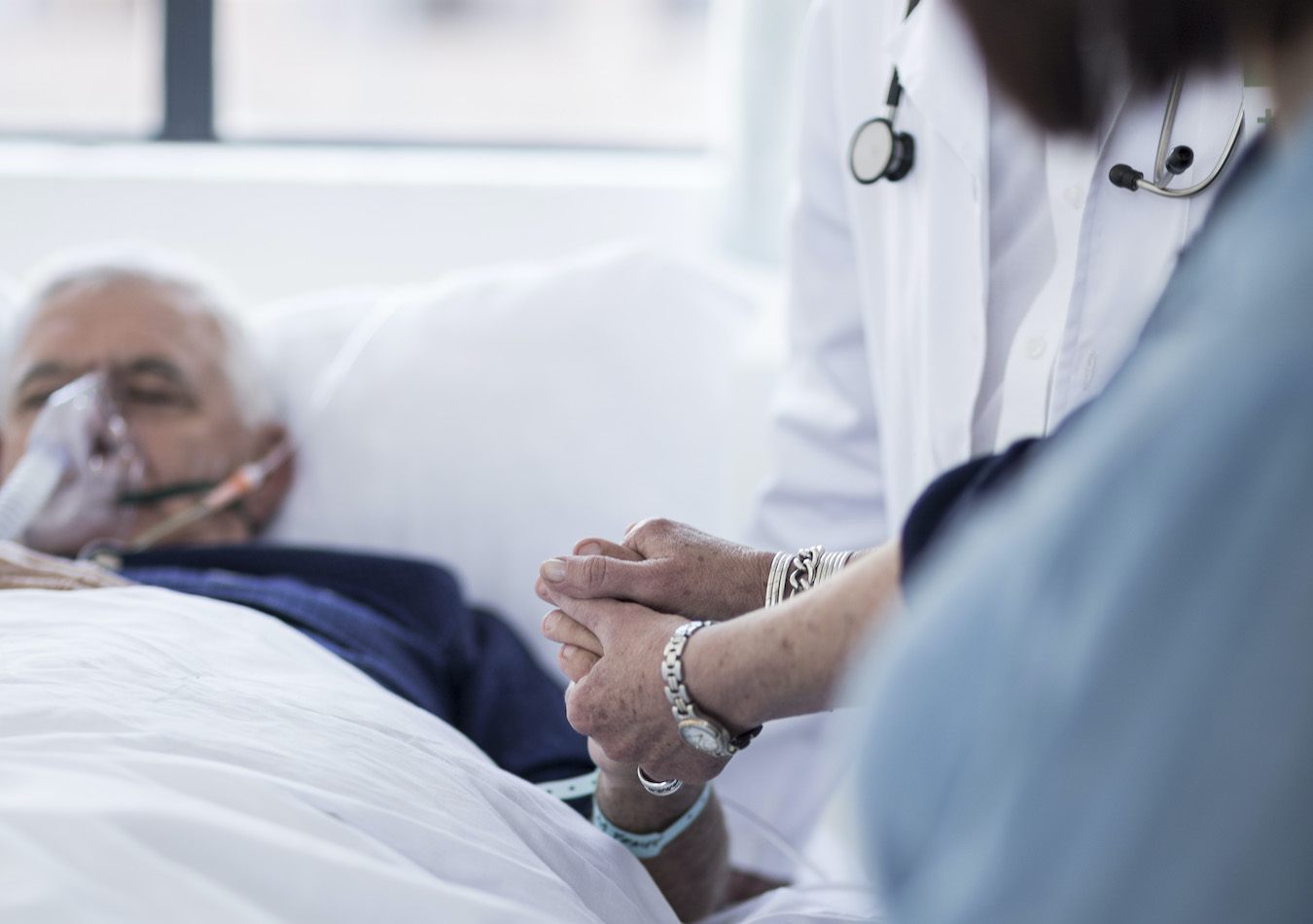 Earlier this year, the World Health Organization announced a global campaign to combat ageism — discrimination against older adults that is pervasive and harmful but often unrecognized.

“We must change the narrative around age and ageing” and “adopt strategies to counter” ageist attitudes and behaviors, WHO concluded in a major report accompanying the campaign.

Several strategies WHO endorsed — educating people about ageism, fostering intergenerational contacts, and changing policies and laws to promote age equity — are being tried in the United States. But a greater sense of urgency is needed in light of the coronavirus pandemic’s shocking death toll, including more than 500,000 older Americans, experts suggest.

“Covid hit us over the head with a two-by-four, [showing that] you can’t keep doing the same thing over and over again and expect different results” for seniors, Jess Maurer, executive director of the Maine Council on Aging, said in an October webinar on ageism in health care sponsored by KHN and the John A. Hartford Foundation. “You have to address the root cause — and the root cause here is ageism.”

Some experts believe there’s a unique opportunity to confront this concern because of what the country has been through. Here are some examples of what’s being done, particularly in health care settings.

Distinguishing old age from disease. In October, a group of experts from the U.S., Canada, India, Portugal, Switzerland and the United Kingdom called for old age to be removed as one of the causes and symptoms of disease in the 11th revision of the International Classification of Diseases, a global resource used to standardize health data worldwide.

Aging is a normal process, and equating old age with disease “is potentially detrimental,” the experts wrote in The Lancet. Doing so could result in inadequate clinical evaluation and care and an increase in “societal marginalisation and discrimination” against older adults, they warn.

Identifying ageist beliefs and language. Groundbreaking research published in 2015 by the FrameWorks Institute, an organization that studies social issues, showed that many people associate aging with deterioration, dependency and decline — a stereotype that almost surely contributed to policies that harmed older adults during the pandemic. By contrast, experts understand that older adults vary widely in their abilities and that a significant number are healthy, independent and capable of contributing to society.

Using this and subsequent research, the Reframing Aging Initiative, an effort to advance cultural change, has been working to shift how people think and talk about aging, training organizations across the country. Instead of expressing fatalism about aging (“a silver tsunami that will swamp society”), it emphasizes ingenuity, as in “we can solve any problem if we resolve to do so,” said Patricia D’Antonio, project director and vice president of policy and professional affairs at the Gerontological Society of America. Also, the initiative promotes justice as a value, as in “we should treat older adults as equals.”

Tackling ageism at the grassroots level. In Colorado, Changing the Narrative, a strategic awareness campaign, has hosted more than 300 workshops educating the public about ageist language, beliefs and practices in the past three years. Now, it’s launching a campaign calling attention to ageism in health care, including a 15-minute video set to debut in November.

“Our goal is to teach people about the connections between ageism and poor health outcomes and to mobilize both older people and [health] professionals to advocate for better medical care,” said Janine Vanderburg, director of Changing the Narrative.

Faced with the pandemic’s horrific impact, the Maine Council on Aging earlier this year launched the Power in Aging Project, which is sponsoring a series of community conversations around ageism and asking organizations to take an “anti-ageism pledge.”

The goal is to educate people about their own “age bias” — largely unconscious assumptions about aging — and help them understand “how age bias impacts everything around them,” said Maurer. For those interested in assessing their own age bias, a test from Harvard University’s Project Implicit is often recommended. (Sign in and choose the “age IAT” on the next page.)

Changing education for health professionals. Two years ago, Harvard Medical School began integrating education in geriatrics and palliative care throughout its curriculum, recognizing that it hadn’t been doing enough to prepare future physicians to care for seniors. Despite the rapid growth of the older population, only 55% of U.S. medical schools required education in geriatrics in 2020, according to the latest data from the Association of American Medical Colleges.

Dr. Andrea Schwartz, an assistant professor of medicine, directs Harvard’s effort, which teaches students about everything from the sites where older adults receive care (nursing homes, assisted living, home-based programs, community-based settings) to how to manage common geriatric syndromes such as falls and delirium. Also, students learn how to talk with older patients about what’s most important to them and what they most want from their care.

Altering professional requirements. Dr. Sharon Inouye, also a professor of medicine at Harvard, suggests additional approaches that could push better care for older adults forward. When a physician seeks board certification in a specialty or doctors, nurses or pharmacists renew their licenses, they should be required to demonstrate training or competency in “the basics of geriatrics,” she said. And far more clinical trials should include a representative range of older adults to build a better evidence base for their care.

Inouye, a geriatrician, was particularly horrified during the pandemic when doctors and nurses failed to recognize that seniors with covid-19 were presenting in hospital emergency rooms with “atypical” symptoms such as loss of appetite and delirium. Such “atypical” presentations are common in older adults, but instead of receiving covid tests or treatment, these older adults were sent back to nursing homes or community settings where they helped spread infections, she said.

Bringing in geriatrics expertise. If there’s a silver lining to the pandemic, it’s that medical professionals and health system leaders observed firsthand the problems that ensued and realized that older adults needed special consideration.

“Everything that we as geriatricians have been trying to tell our colleagues suddenly came into sharp focus,” said Dr. Rosanne Leipzig, a professor of geriatrics at the Icahn School of Medicine at Mount Sinai in New York City.

Now, more Mount Sinai surgeons are asking geriatricians to help them manage older surgical patients, and orthopedic specialists are discussing establishing a similar program. “I think the value of geriatrics has gone up as institutions see how we care for complicated older adults and how that care improves outcomes,” Leipzig said.

Building age-friendly health systems. “I believe we are at an inflection point,” said Terry Fulmer, president of the John A. Hartford Foundation, which is supporting the development of age-friendly health systems with the American Hospital Association, the Catholic Health Association of the United States and the Institute for Healthcare Improvement. (The John A. Hartford Foundation is a funder of KHN.)

More than 2,500 health systems, hospitals, medical clinics and other health care providers have joined this movement, which sets four priorities (“the 4Ms”) in caring for older adults: attending to their mobility, medications, mentation (cognition and mental health) and what matters most to them — the foundation for person-centered care.

Creating a standardized framework for improving care for seniors has helped health care providers and systems know how to proceed, even amid the enormous uncertainty of the past couple of years. “We thought [the pandemic] would slow us down, but what we found in most cases was the opposite — people could cling to the 4Ms to have a sense of mastery and accomplishment during a time of such chaos,” Fulmer said.

We’re eager to hear from readers about questions you’d like answered, problems you’ve been having with your care and advice you need in dealing with the health care system. Visit khn.org/columnists to submit your requests or tips.